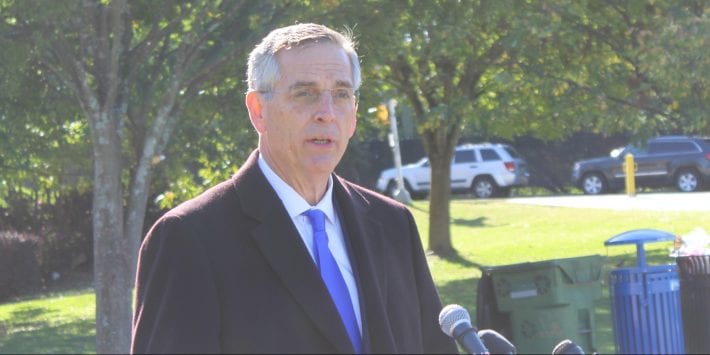 All Georgians should contact their state representatives now and demand that No-Excuse Absentee Voting in Georgia should be stopped immediately. We are opening the doors for voter fraud and degrading what has long been revered as a special day for all citizens of the United States and residents of the state of Georgia…voting day.

The following is from WABE.org and Image CREDIT EMIL MOFFATT / WABE

By next spring, Georgia voters may need a reason to request an absentee ballot.

Secretary of State Brad Raffensperger on Wednesday morning called for lawmakers to get rid of the “no-excuse” absentee ballot that’s been in place in Georgia since 2005 when it was signed into law by Gov. Sonny Perdue, a Republican.

Since November, Raffensperger’s office has been insistent that there’s been no evidence of widespread fraud with absentee ballots.

“It opens the door for potential illegal voting,” Raffensperger said of absentee voting. He was speaking to the House Governmental Affairs Committee, which is examining the 2020 general election.

He said the three weeks of early voting in Georgia should allow enough time for voters to get to the polls in person. Raffensperger also said processing the flood of absentee ballots this year has stretched Georgia counties to their limits.

“From a logistical challenge, it’s a tremendous burden on our counties and in Georgia, as you know, because counties run elections,” said Raffensperger.

More than 600,000 absentee ballots have already been submitted for the Jan. 5 runoffs. This comes after 1.3 million voted by mail in November, and 1.1 million in the June primaries.

Democrats on the House committee pushed back on the idea.

“This is a voting method widely used by voters on both sides of the aisle. Why would the secretary of state try to eliminate the no-excuse absentee ballot voting?” asked Democratic state Rep. Bee Nguyen.

Another Democrat, state Rep. Mary Margaret Oliver, noted that there are fewer than 150 investigations open into votes by mail in the November election, which saw more than a million votes cast by absentee ballot.

“It’s just taking up an enormous amount of our time and energy on an issue that is relatively small,” said Oliver.

The secretary of state’s office helped expand absentee voting amid the pandemic by sending out applications to all active voters before the June primary. It supported the introduction of absentee ballot drop boxes and even built an online request portal.

But it sent a press release Wednesday, touting support for its position from two county elections directors.

Paulding County elections director Deidre Holden said the amount of extra work caused by the requesting, processing and counting of absentee-by-mail ballots has been too much.

“I would support legislation that would require all applicants to provide a reason to receive an absentee ballot by mail,” said Holden. Deb Cox in Lowndes County echoed Holden’s feelings.

All 159 counties also had the extra workload of a complete hand recount as part of an audit ordered by the secretary of state’s office, followed by a machine recount requested by the Trump campaign.