Join The Ships of the Sea museum for the 200th anniversary of the SS Savannah’s historic trans-Atlantic crossing – the WORLD’S FIRST oceanic voyage under steam! In recognition of this achievement, National Maritime Day (May 22) was established in 1933.  On this Maritime Day, Ships of the Sea will celebrate Savannah’s 200th anniversary with a commemorative ceremony provided by the PROPELLER CLUB.  The evening will also include a performance by the Parris Island MARINE BAND, complimentary hors d’oeuvres and celebratory beverages.  This singular event will be located in the North Garden Assembly Room decorated in the fashion of the 1819 William Jay pavilion built in Johnson Square for President Monroe’s visit to survey the steamship.

Through two 8-foot mural-style paintings Robert Morris not only captures the essence of the era and the global intrigue that followed Savannah’s historic voyage, but he also sheds light on how her accomplishment influenced international trade. 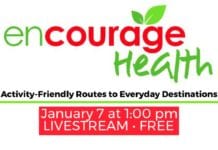