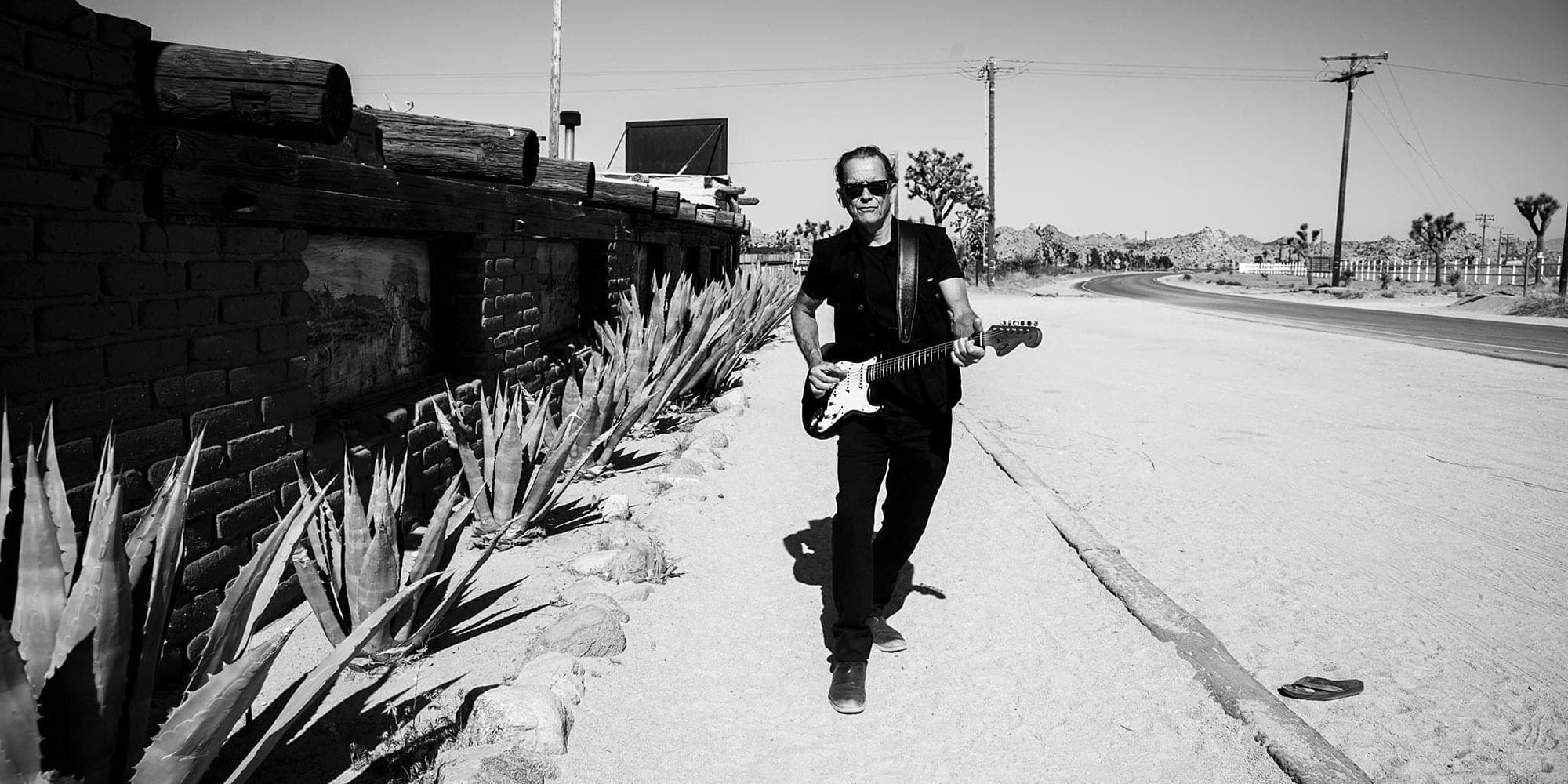 “Castro is one of the brightest stars in the blues-soul genre. Voracious blues energy and ultimate soul power…impassioned vocals and pure inventiveness in his stellar guitar solos.” –Blues Music Magazine 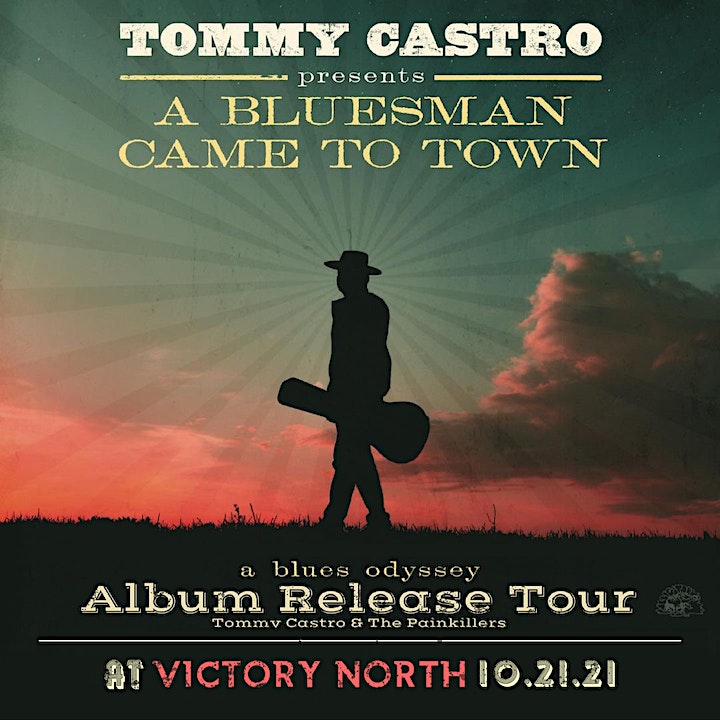 “The hardest thing to do,” says internationally beloved soul-blues rocker Tommy Castro, “is be yourself, take some chances and bring your fans along with you.” Throughout his long, constantly evolving career, guitarist, singer and songwriter Tommy Castro has always remained true to himself while exploring, growing and creating new music, and he has taken his thousands of devoted fans right along with him. Since his solo debut in 1994, he’s made 16 albums—the last seven for Alligator—each its own unique chapter in the book of Tommy Castro. Ranging from horn-fueled R&B to piping hot blues to fiery, stripped-down rock ‘n’ roll, each release is solidly built upon Castro’s unshakable musical foundation—a dynamic mix of 1960s-influenced guitar-fueled blues, testifying Memphis-soaked blue-eyed soul and Latin-tinged East San Jose funk, all driven by Castro’s grab-you-by-the-collar vocals and passionate guitar work. Blues Revue declared, “Tommy Castro can do no wrong.” 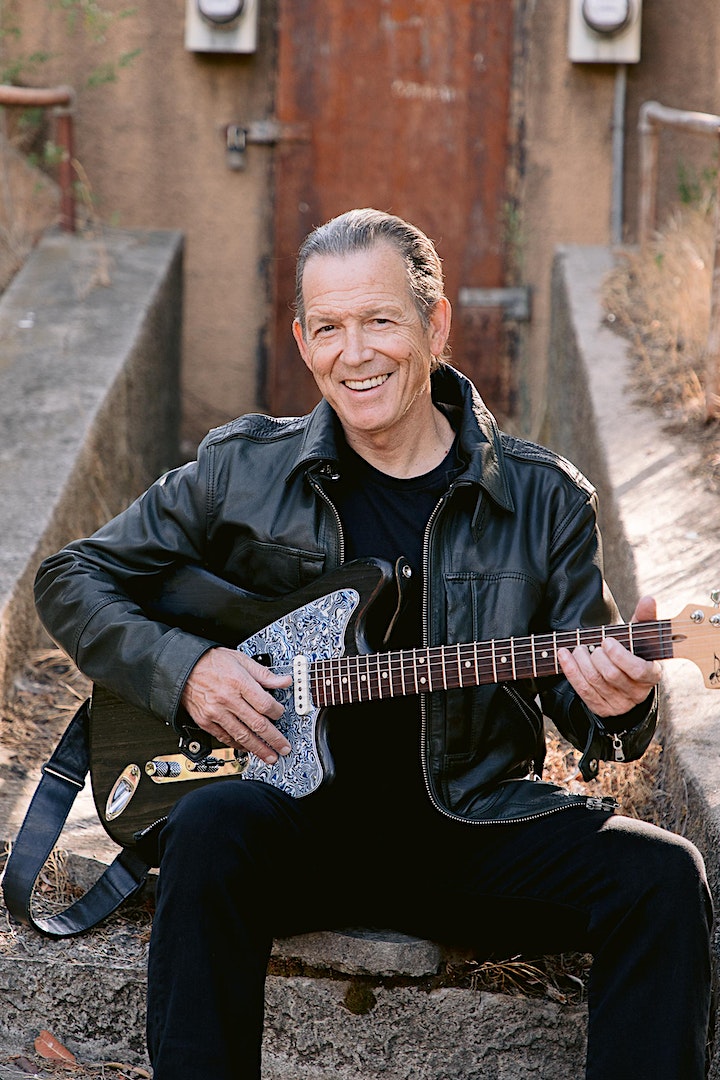 For Castro’s new album, a roots music odyssey entitled Tommy Castro Presents A Bluesman Came To Town, he tells a timeless story. This special project was composed by Castro along with Grammy Award-winning producer Tom Hambridge. Through its 13 songs, A Bluesman Came To Town tells the tale of a young man working on his family farm who gets bitten by the blues bug. He masters the guitar and heads out on the road seeking fame and fortune, only to find what he’s left behind is the treasure he’s been looking for. Each memorable song—from the blistering title track to the pleading Child Don’t Go to the hopeful I Caught A Break to the emotional Blues Prisoner—stands on its own, as well as contributing to the larger story.

“I like to keep things fresh and interesting,” says Castro, “Tom and I have talked about making a record together for a long time. Collaborating with him was even better than I imagined. I had an outline for the story and then Tom and I talked it out and the songs just started to organically grow out of each other.” Castro continues, “A Bluesman Came To Town isn’t a story about me. It’s pulled from some of my friends’ and my experiences though. I’ve seen first-hand for a lot of years what it’s like out there on the road.”

The road has always been Castro’s home away from home. He’ll instantly ignite a crowd, turn them into loyal fans and then keep those fans coming back for more. He has traveled hundreds of thousands of miles and performed thousands of gigs, leading his bands at clubs, concert halls, and festivals all over the world. Famed guitarist Joe Bonamassa says, “Tommy has always been top of the heap among blues guitar players. He always puts on a great show.”

Born in San Jose, California in 1955, Tommy Castro first picked up a guitar at age 10. He fell under the spell of Elvin Bishop, Taj Mahal, Mike Bloomfield and other blues artists of the day. Almost every major rock and soul act, from Ike and Tina Turner to Janis Joplin to the J. Geils Band to Tower Of Power, toured through the area, and Castro was at every show. He saw John Lee Hooker, Albert King, and Buddy Guy and Junior Wells at the same local blues bar, JJ’s, where he often jammed, dreaming of one day busting out. Mixing the blues and rock and roll he loved and the soul music he heard blasting from lowriders in his neighborhood Tommy started to create his own personal sound and style. He honed his guitar skills and intense, gritty vocals, learning how to capture an audience as he performed on San Francisco’s highly competitive club scene. As his reputation spread, Tommy played in a variety of Bay Area bands, soon making a name for himself as a hotter-than-hot live artist bursting at the seams with talent. In 1985, he was recruited to become lead singer and guitarist for the regionally popular blues band NiteCry, gigging regularly throughout Northern California. Castro joined Warner Brothers’ artists The Dynatones in the late 1980s, performing all over the country. He formed the first Tommy Castro Band in 1992 and has not stopped touring since. In 1995, soon after releasing his first album on Blind Pig Records, The Tommy Castro Band was selected as the house band for three seasons on NBC Television’s Comedy Showcase (airing right after Saturday Night Live). The show brought him in front of millions of viewers every week and cemented his reputation as a not-to-be-missed, nationally touring live performer.

After a series of successful releases on the Blind Pig, Telarc and 33rd Street labels, Tommy Castro joined Alligator Records in 2009. His label debut, Hard Believer, was released to massive popular and critical acclaim. With the album, Castro won four of his six career Blues Music Awards, including the coveted B.B. King Entertainer Of The Year Award (the very highest award a blues performer can receive). In 2012, Castro stripped his music down to its raw essence, creating a high-energy, larger-than-life sound with the formation of The Painkillers. Tommy Castro & The Painkillers’ initial release, The Devil You Know, was embraced by his legion of fans and discovered by hordes of new ones. With the current version of The Painkillers (bassist Randy McDonald, drummer Bowen Brown and keyboardist Michael Emerson), Castro released Method To My Madness in 2015, Stompin’ Ground in 2017, and the irresistible Killin’ It–Live in 2019, with critics shouting praise and admirers cheering the group’s every move. The band has coalesced into one of the telepathically tightest units Castro has ever assembled, making them one of the most in-demand live roots music acts performing today, delivering soul-shaking, muscular music.

Upon release of A Bluesman Came To Town, Castro will hit the road with The Painkillers, performing fan favorites as well as songs from the new album. “I’ve made seven albums for Alligator,” Castro says, “and I’ve never made the same record twice. I will always try to be my most authentic self. I give it all I’ve got every time we hit the stage!” 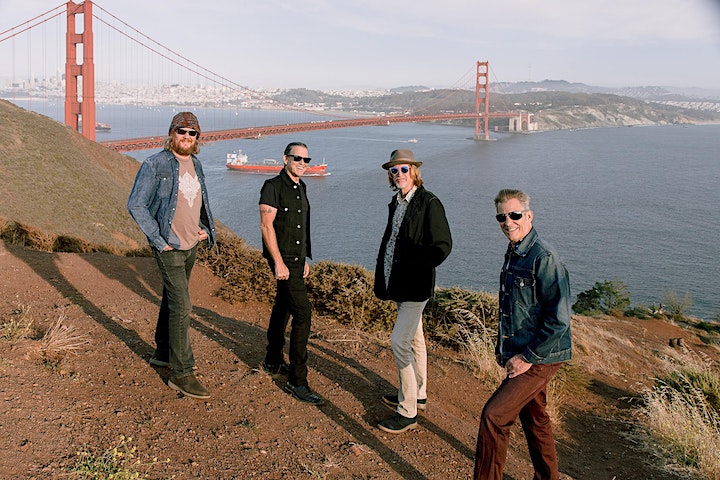