The Mersey Beatles: The #1 Hits Show! 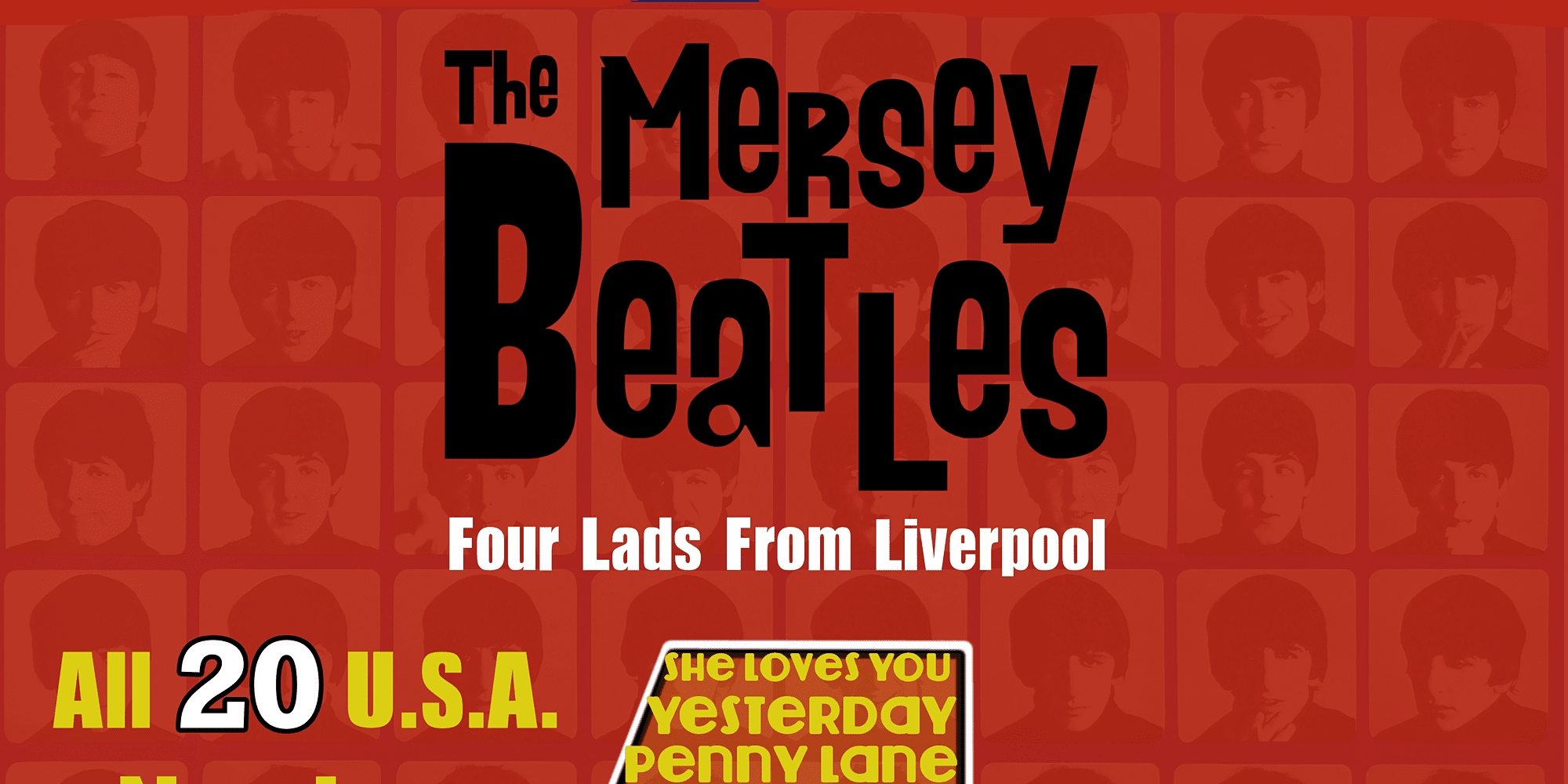 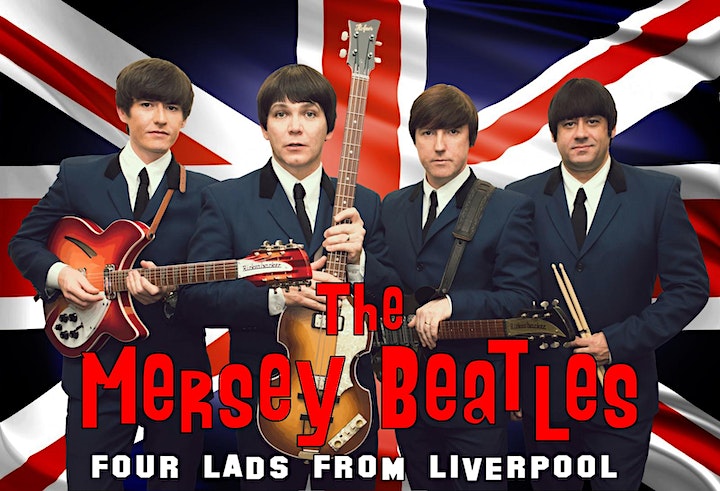 Born on the banks of The Mersey river, and crafted in the historic cellars of The Cavern Club, The Mersey Beatles have been rocking sold-out audiences around the globe since 1999.

They are today rightly regarded as the world’s best-loved Liverpool-born Beatles tribute… just ask the hundreds of thousands of fans who have seen them over the last 20 years!

The Mersey Beatles were not dreamed up by a theatre impresario or West End producer… these lads are THE REAL DEAL! They pride themselves on being lifelong friends whose passion for the greatest band of all time shines through in every performance.

Mark Bloor, Steven Howard and Brian Ambrose (that’s John, Paul and Ringo) attended high school together in Liverpool. Craig McGown plays George and is the baby of the band, just like the “quiet one” in the original fab four. Tony Cook completes the line up on keyboards and percussion.

The Mersey Beatles were the resident Beatles’ tribute at the world-famous Cavern for more than a decade between 2002-2012. They clocked up 600+ performances under the famed Mathew Street arches – almost twice as many gigs there as the original Fab Four played themselves.

Since leaving to tour the world, they have taken their pounding, pulsating and unmistakable ‘Mersey Beat’ sound to excited and sold-out audiences across Europe, USA, Asia and Australia.While receiving world-wide plaudits (including glowing praise from members of The Beatles’ own families), The Mersey Beatles have never forgotten their roots and pride themselves on presenting the Fab Four in a most authentic and truly Liverpool-born way.

Just like the audiences they play to the band are all die-hard Beatles fans.Every song and every moment are a celebration of the best pop music ever, from the ‘Mop Top’ hits of Beatlemania, through the psychedelic creativity of Sgt Pepper to the melodic wonder of the Fab Four’s later work.

All shows are brilliantly brought to life by a band who exude the spirit of the real thing, from the costumes, instruments, Scouse charm and, of course, that wonderful era-defining, Mersey sound. So, get on board for The Mersey Beatles ‘Magical History Tour’ – presented in the most authentic way you will ever see. It goes without saying you’ll have a FAB time! 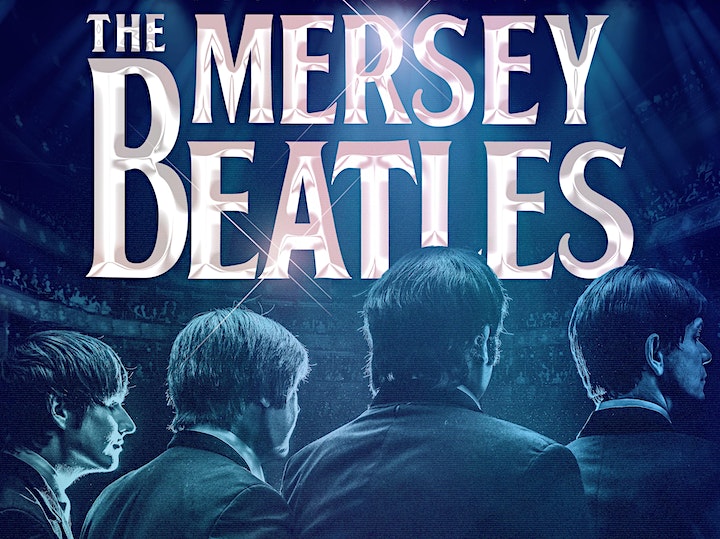