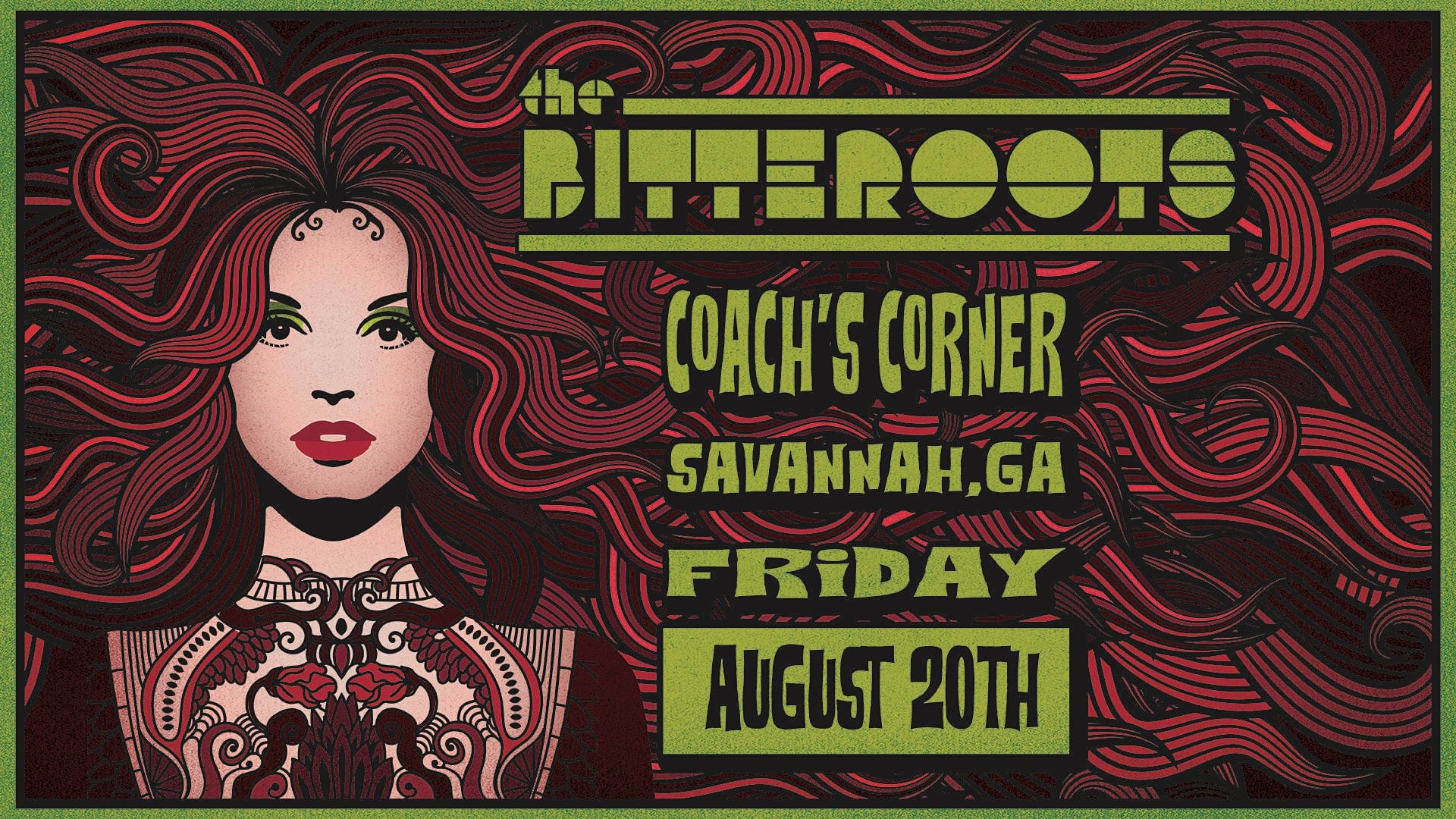 The Bitteroots is coming to the Soundgarden Stage for a night of great music and friends to close out the Summer Season! It’ll be a hot one!

Since its founding in 2008, the band’s groove-oriented approach to rock ‘n’ roll has drawn comparisons to the Tedeschi Trucks Band, Melissa Etheridge and Janis Joplin and has landed The Bitteroots onstage at some of the Southeast’s most prestigious festivals, including the Atlanta Dogwood Festival, the Sweetwater 420 Festival, the Summer Shade Festival, the Inman Park Festival, Stone Mountain Park’s Yellow Daisy Festival, and The Amplify Decatur Music Festival.

Driven by Laura Dees’ powerful, soulful lead vocals, The Bitteroots also include founding members Bill Taylor on bass and Mike Davis on drums. Saxophonist Derron Nuhfer joined the group in 2014, helping round out what has become the band’s unique sonic signature. In early 2018, The Bitteroots added the tasteful yet hard-driving PJ Poellnitz on guitar.

Additional information on The Bitteroots can be found on the band’s website at www.thebitteroots.com.