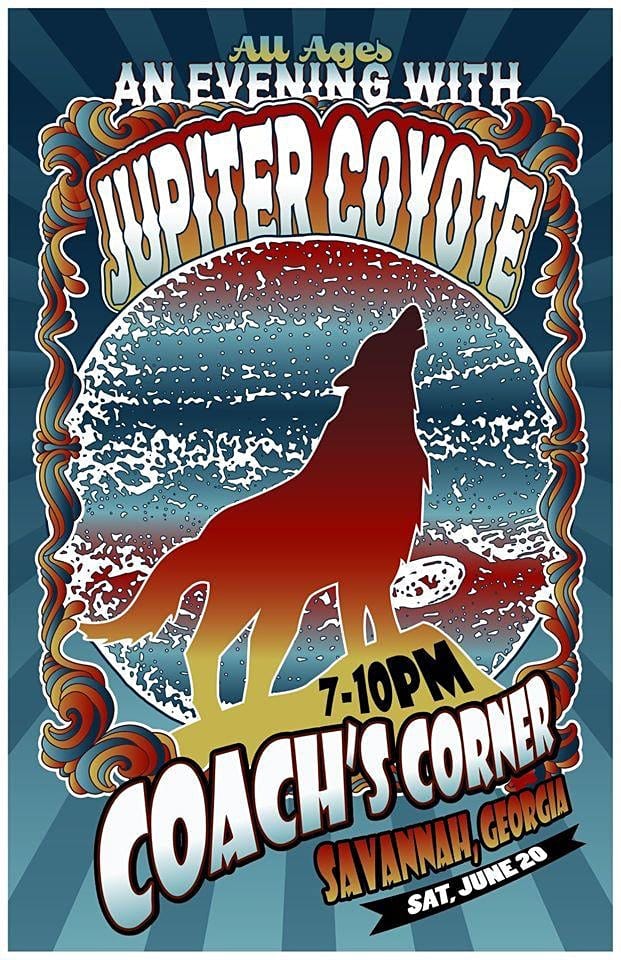 Join us for a Spring Concert that is sure to be a blast! Jupiter Coyote is coming to the Soundgarden stage this April! Don’t miss out!

In the course of their 30 year history, Jupiter Coyote has played over five thousand shows, traveled everywhere and done just about everything a touring band can do. The innovative group has independently sold close to a million CDs, tens of thousands of downloads, and who knows how many bootlegs they cut loose to fans for free. JC is brand name, and a pioneering cornerstone in the jam band scene. They have been called the new twist in southern rock and they deliver it with a relaxed, worldly view. Their sound has been labeled “Mountain Rock” — a mixture of Southern Appalachian boogie, bluegrass-infused, funk-rock.

The locally loved and super talented Andrew Gill will be opening for Jupiter C oyote! Two great shows for one ticket! You can’t beat that!