Eric Culberson plays ALL the Blues 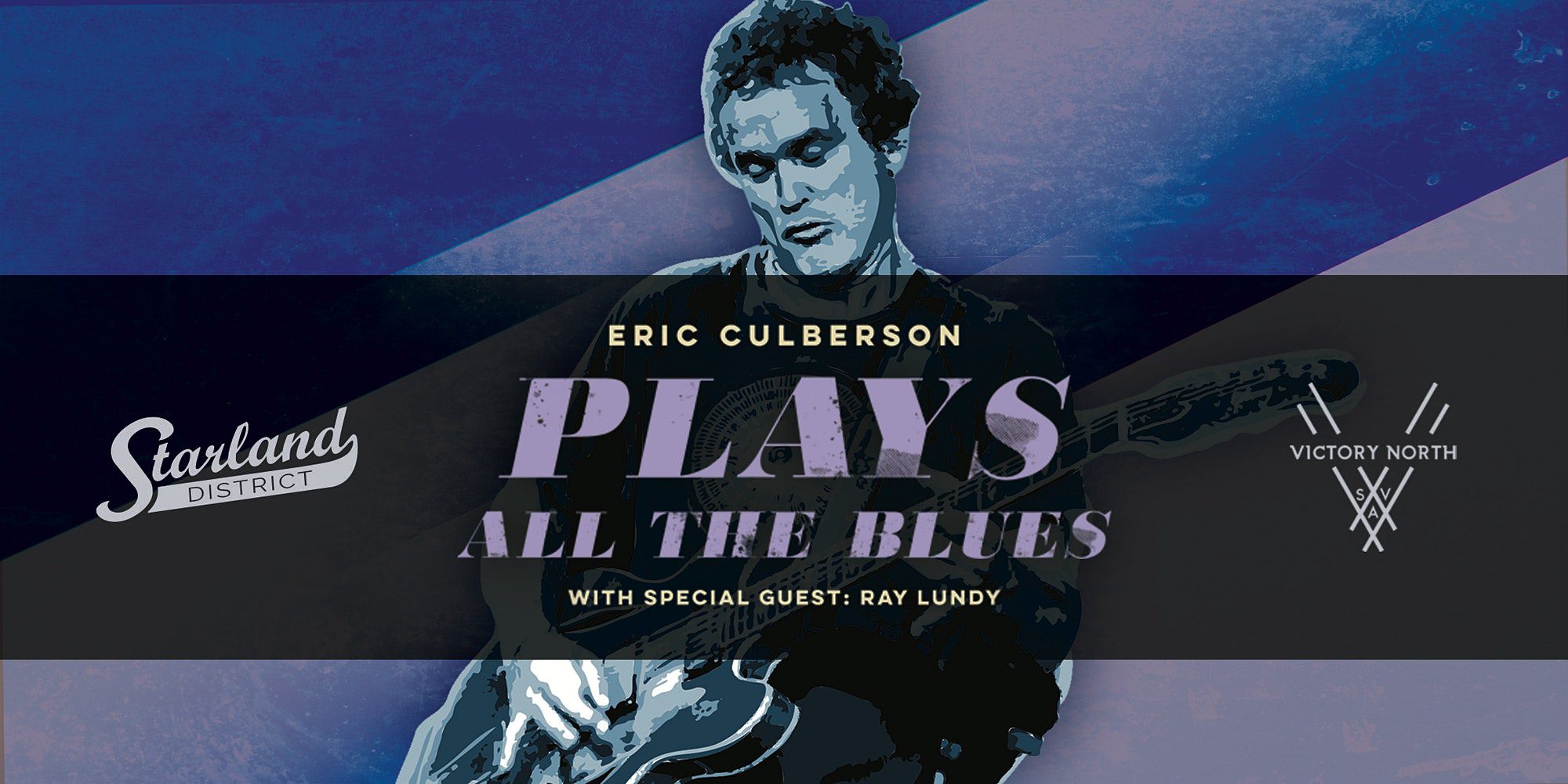 Most people think of the Blues as a genre of music. What they don’t realize is how many different places around the world contributed to what we know as the Blues. In this one of a kind show Eric will pull songs from the Delta, Chicago, Memphis, Kansas City and multiple other influences to give the Blues music fan a taste of the different elements that make this genre so great. 🎫 🎶 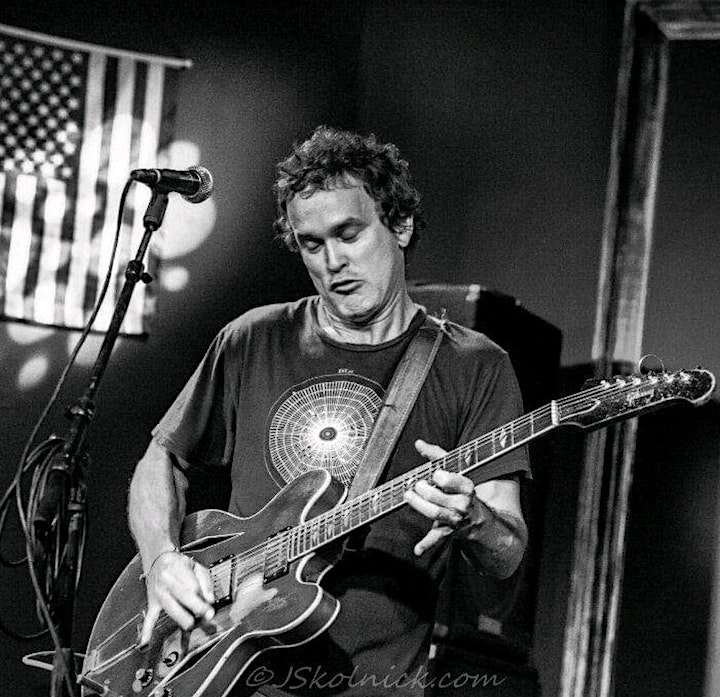 Bandleader Eric Culberson has been playing music virtually all his life. Growing up in a family of musicians, he was drawn to his father’s acoustic guitar at the age of six — and before he’d even finished First Grade, had discovered a love for public performance: at a holiday party he entertained his classmates with a rendition of the Christmas classic “Silent Night,” and has never looked back.

Before too long, this Southeast Ga. native had been turned on to such legendary rock acts as Jimi Hendrix, Led Zeppelin and Lynyrd Skynyrd, and found that what thrilled and inspired him the most was also the common denominator between them all: the blues. With guidance from friends and family, Culberson traced the artistic roots of his rock and roll heroes, and found himself immersed in the recordings and histories of such fabled guitar-slinging bluesmen as Son Seals, Otis Rush, Buddy Guy, Muddy Waters and –perhaps most notably– the three Kings: B.B., Albert and Freddy.

When not plying his trade as an electrician, a young Culberson could always be found feverishly practicing in his tiny efficiency apartment in Savannah’s famed Historic Downtown (which he’d “soundproofed” by duct-taping pillows and couch cushions to the windows). After years of devotion to his craft, he and a few friends formed a band. Relatively quickly, they earned enough evening gigs at local bars to allow the nascent frontman to kiss his day-job goodbye. By 1993, Culberson’s drive and raw talent drew the attention of Kingsnake Records’ head Bob Greenlee, who signed Eric as a solo artist. Together, they would release two critically-praised CDs: BLUES IS MY RELIGION and NO RULES TO THE GAME.

Noteworthy for their reliance on original material (as opposed to re-arranged blues standards), each of those independent albums earned highly coveted 5-Star Ratings in such esteemed music-biz publications as LIVING BLUES and BLUES REVIEW. His debut CD’s title track hit #24 on the national Blues Airplay Chart, and subsequent touring saw Culberson and his road band play many major festivals up and down the East Coast, into the Mid-West and even for a short stint in Europe. However, in 1998, Eric shifted gears a bit, opening his own live music nightclub, Savannah Blues. For the next six years, that venue served as his band’s home base of operations, and also brought in some of the finest artists on the blues club and roadhouse circuit, such as Magic Slim and the Teardrops, surf guitar icon Dick Dale, Bobby Blue Bland, the late Sean Costello, a pre-Allman Bros. Derek Trucks, fabled “hillbilly jazz” fiddler Vassar Clements, Widespread Panic associates Bloodkin, and many, many more.

After the demise of Kingsnake Records, a loyal fan offered to finance Culberson’s next independent album, LIVE AT THE BAMBOO ROOM, which was taped in front of a full house at a fabled Florida venue that had become one of the band’s favorite stops. The first of Eric’s albums to find him backed by one of his own road bands, this disc was also the first professional recording to accurately capture the energy, intensity and spontaneity that are Culberson’s trademarks. Its 2006 release also roughly coincided with the sale of Savannah Blues, which freed the frontman from the stress and burden of juggling roadwork with nightclub management, allowing him to concentrate solely on writing, playing and recording music.

IN THE OUTSIDE, independently released in 2011, was a welcome and daring return to the studio for Eric and his band. An exhilarating departure from the band’s well proven blues format, the album is a musical journey of eleven original compositions that deliver echoes of funk, R&B, hard rock, Southern-fried jam and even early punk. Recorded entirely in Savannah, GA. at Elevated Basement Studios, the record excitingly explores the wide variety of influences that has impacted Eric to be the player that he is today. It also features several cameos from some of the area’s most respected players.

The addition of Jonathan Hill on bass and Jim Reed on drums has proven to be Eric’s finest musical evolution yet. Their live performances are lauded by avid fans as “one of the best live music experiences in the South East”, as they continue to deliver high energy performances that are a healthy dose of traditional blues with a modern sonic palette; familiar, yet altogether refreshing. Currently, the trio perform tirelessly across the East Coast with little regard for stylistic convention, ready to cap off an exciting year on the road, and launch headfirst into the next. 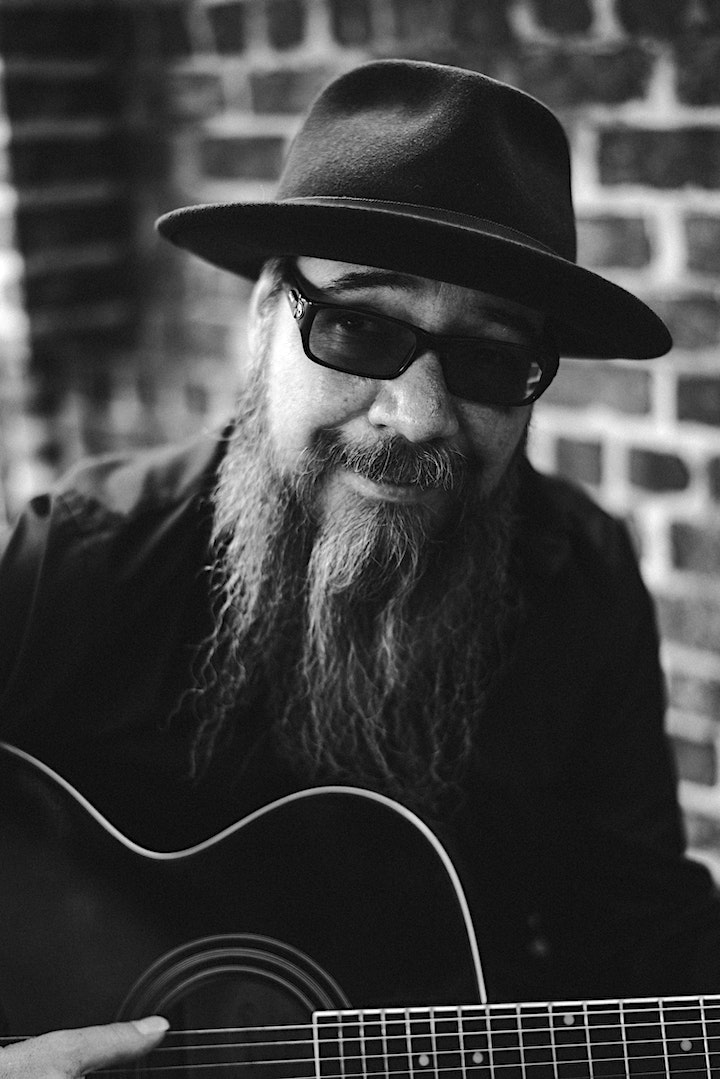 “A local favorite on the Savannah music scene for nearly two decades, Ray Lundy plays the blues in his own gravelly voiced, house rockin’ style. In a solo performance or along with his band of top notch players called Bottles & Cans, Ray draws deep from the wells of traditional country blues, early rock & roll and obscure songs from ‘weird, old America’.”