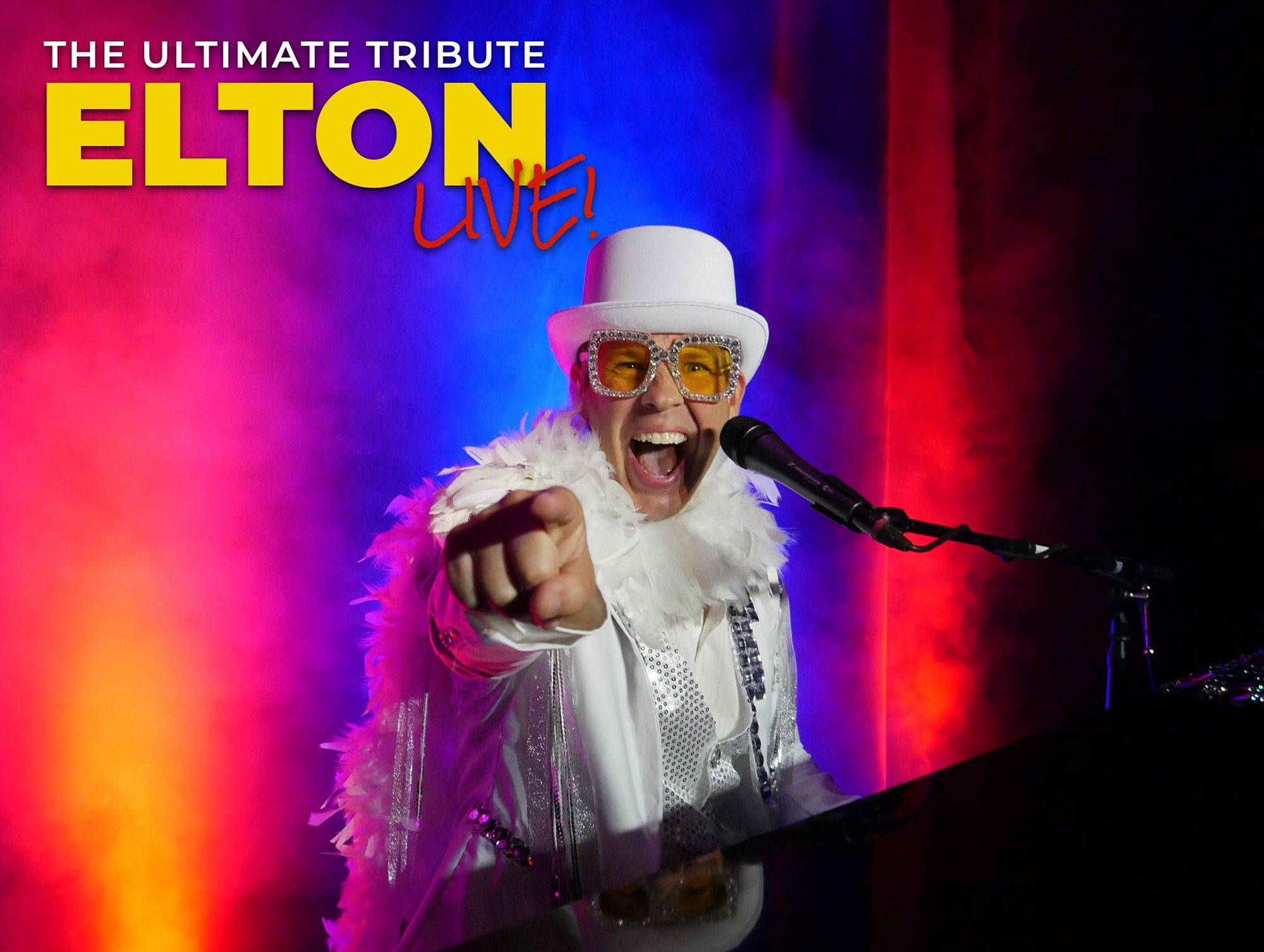 Elton Live! is back this summer for another incredible performance! It’s as close to the real thing as you can get! It will sell out!

Sir Elton John is one of the most accomplished artist in modern music history. With over 57 (USA) 69 (UK) Top-40 hits with 9 songs going straight to #1 in the USA! Elton John has cemented himself as being one of the greatest songwriters of all time!

Lead vocalist and the band’s founder Steven Dodd brings you an unmatched emulation of the depth and timbre vocal style of the classic Sir Elton John sound.

The Elton Live! band is a group of professional musicians from incredible touring acts like Sugarland, Sheryl Crow, Melissa Etheridge, Corey Smith and the legend himself Sir Elton John! The Elton Live band is the driving force behind a spectacular live performance and sheer rock-n-roll wall of sound.